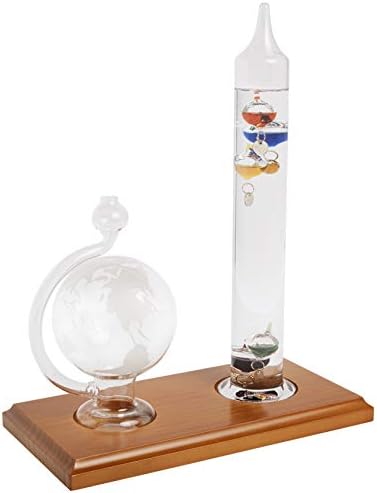 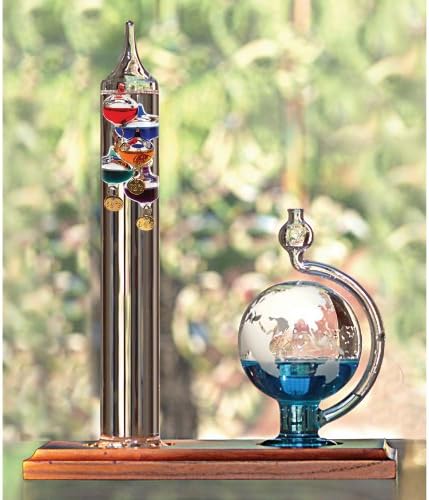 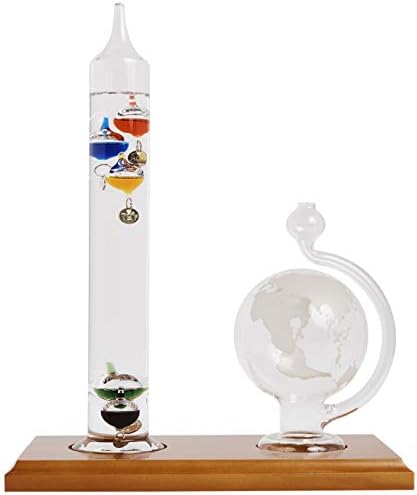 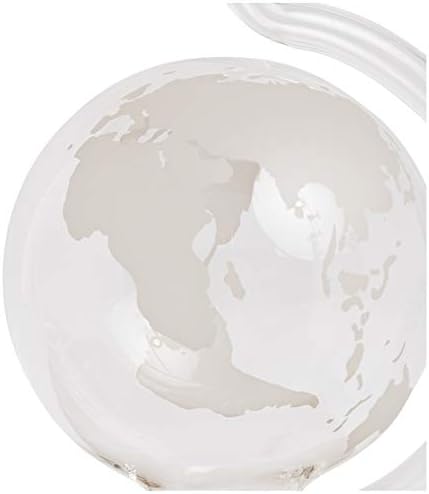 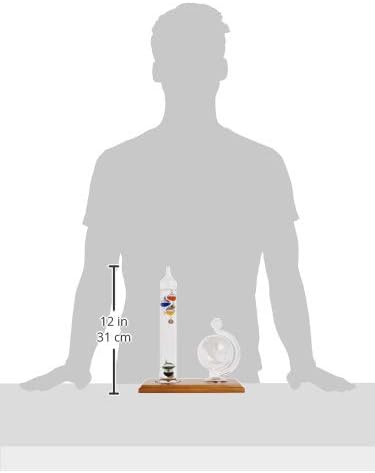 The glass Galileo thermometer with globe storm glass combines style and functionality as a beautiful accent piece for any home or office. Features an 11-inch Galileo thermometer, a glass Goethe barometer with frosted world map decoration and wooden base. Makes a great gift item and lasting conversation piece! Galileo Galilei, the pioneer of modern astronomy and physics, (1564-1642), discovered that liquids change density as the temperature increases or decreases. Based on this principle, the colored glass spheres inside the glass Galileo thermometer have been precisely weighted so that they respond to temperature changes. When the temperature rises, the liquid inside the Galileo thermometer becomes less dense and the colored spheres floating inside will sink towards the bottom. When the temperature of the room cools, the process is reversed and the spheres will rise from the bottom. The Storm Glass is hand blown and accurately forecasts changes in the weather hours in advance. The Storm Glass, or Goethe Barometer, is regarded as the oldest barometer in the world. Although Johan Wolfgang von Goethe is sometimes credited with its invention, one was found in his bedroom after his death, there is evidence that the Moors used similar instruments during the 8th century. Also called Thunder Glasses, historians believe the early settlers sailed to the Americas using this rudimentary barometer. One-year limited warranty. It’s more than accurate, it’s AcuRite.

Interprets temp and weather based on principles of buoyancy and air pressure
Colorful, liquid filled spheres descend and ascend with atmospheric changes
Barometer features the world globe etched in the glass
Mounted on a wood base; approximately 8 inches long and 8 inches high

Added to wishlistRemoved from wishlist 0
$159.00