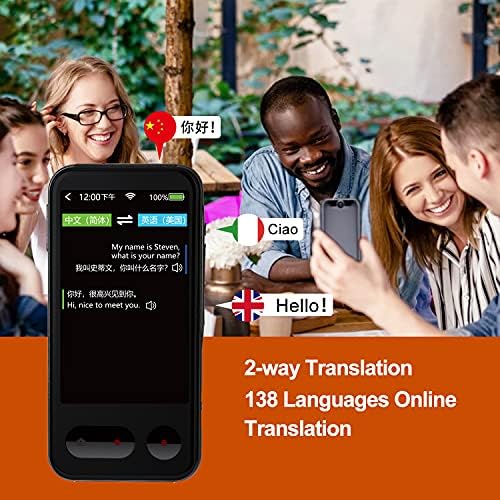 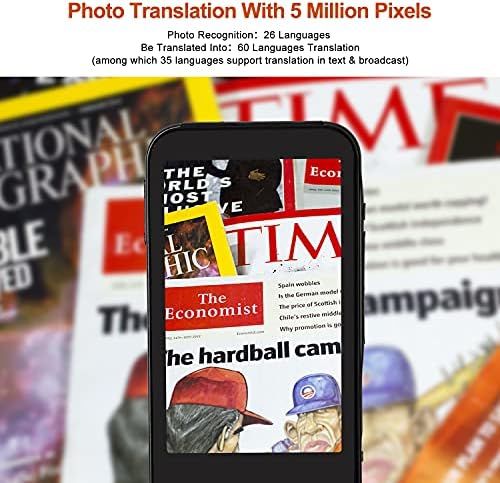 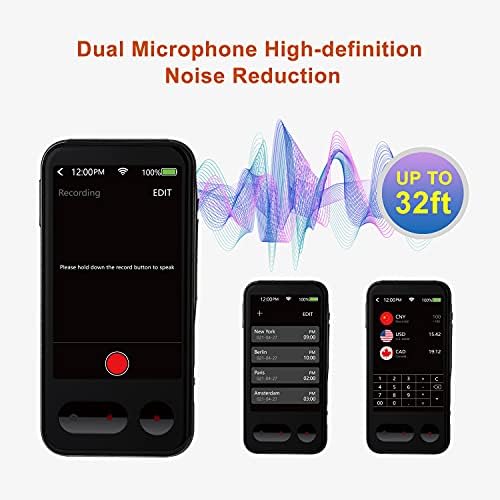 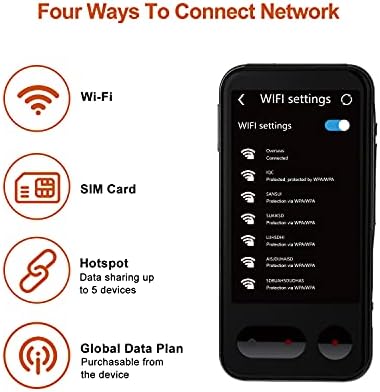 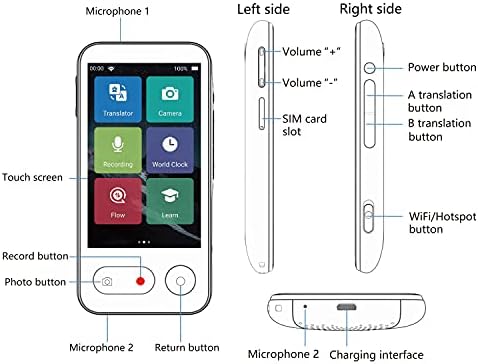 【Upgrade Function】: The translator device is equipped with high-definition noise reduction dual microphones, high-power amplifier output, 10m effective distance, street shopping malls and other noisy environments can also be translated in real time. In addition, the device has four ways to go online: WiFi, Personal Hotspot, 4G SIM card,data recharge in 83 countries and regions around the world.
【Offline translation】：This language translator supports offline translation, built-in offline translation engine, can still be used in case of no network or emergency. Default 4 languages (Chinese/English/Japanese/Korean) and other offline languages need to be downloaded by the user after connecting to the Internet.
【Touch Screen and Camera】: The language translator has a 4-inch touch screen, supports two operation modes of button and touch, and is equipped with a 5 million pixels camera, which supports instant translation of one-click photos, high accuracy, and easier to use.
【Widely Application】: This translator device adopts a mini-portable handheld design, a built-in 4000mAh large-capacity battery, can last for 8 hours, and has a standby time of up to 400 hours. And the device has multiple functions of language learning, world time, data recharge, exchange rate conversion, offline wallet management, which is suitable for traveling,business negotiation,foreign language learning,studying abroad, etc.

Added to wishlistRemoved from wishlist 0
$145.04