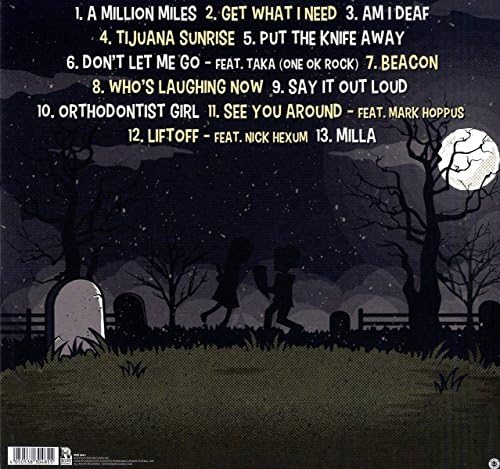 Goldfinger has become a household name in the punkska community since their mid 90s inception. With 6 fulllength albums under their belt, they have charted in the Billboard Top 200, their selftitled debut album went gold, and have been featured in several films and video games. Nine years after their last release, 2008’s “Hello Destiny…”, fans will be thrilled that Goldfinger are back with “The Knife” and will be eager to scoop this record on release day.br br“The Knife” includes 13 catchy, energetic tracks that showcase the evolution of Goldfinger. With a list of highly notable special guests, including Blink182’s Mark Hoppus and Travis Barker, Twenty One Pilots’ Josh Dun, Mighty Mighty Boss Tones’ Nate Albert and ONE OK ROCK’s Takahiro Moriuchi among many others, this album is sure to attract existing fans, as well as new listeners. To promote the album, the band will be playing select dates of the Vans Warped Tour this summer. Prepare for the Goldfinger revolution, because “The Knife” is exactly what punk and ska fans have been waiting for.

Be the first to review “Knife” Cancel reply

The Paper Solution: What to Shred, What to Save, and How to Stop It From Taking Over Your Life

Added to wishlistRemoved from wishlist 0
$16.99