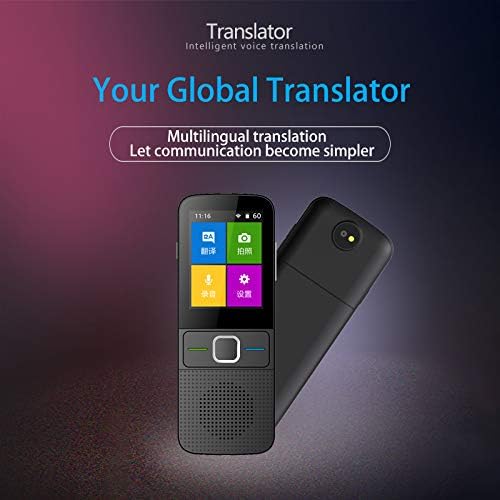 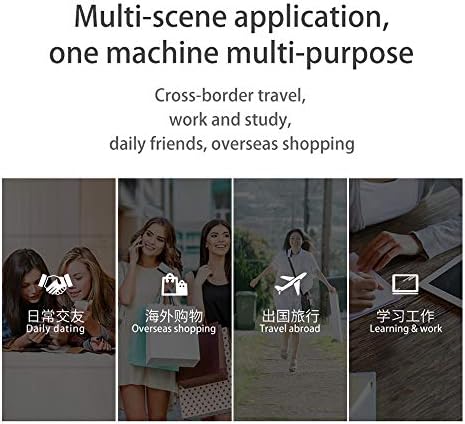 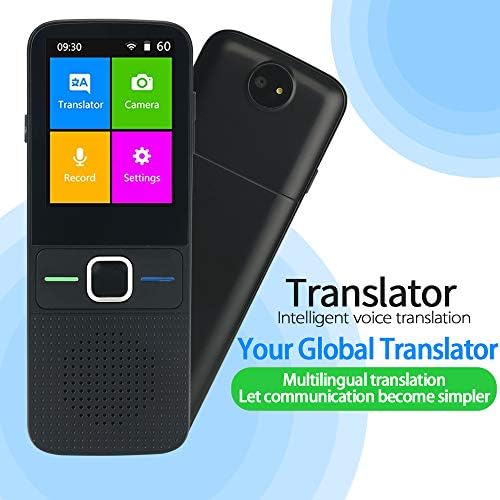 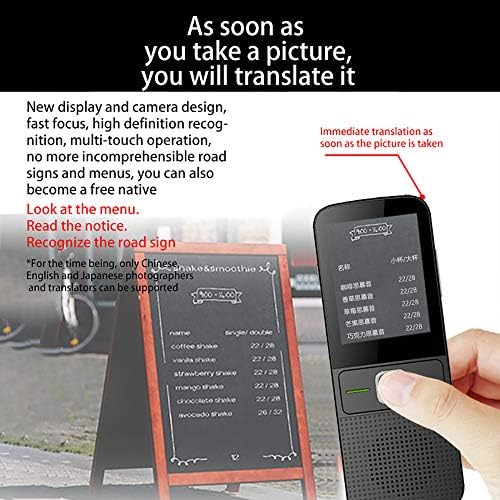 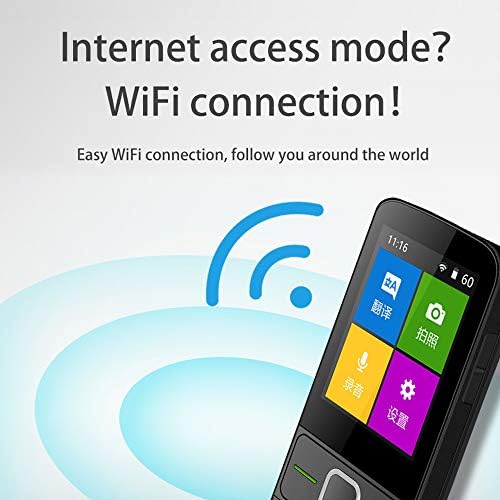 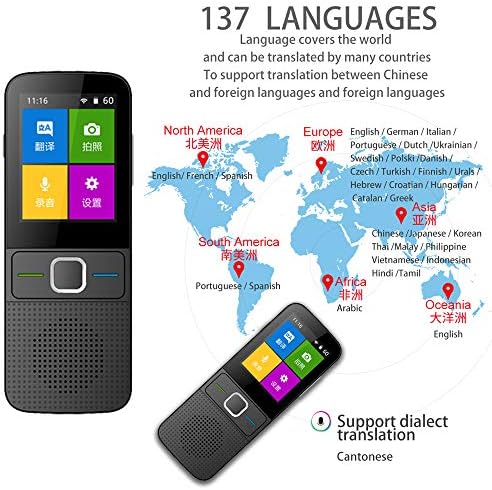 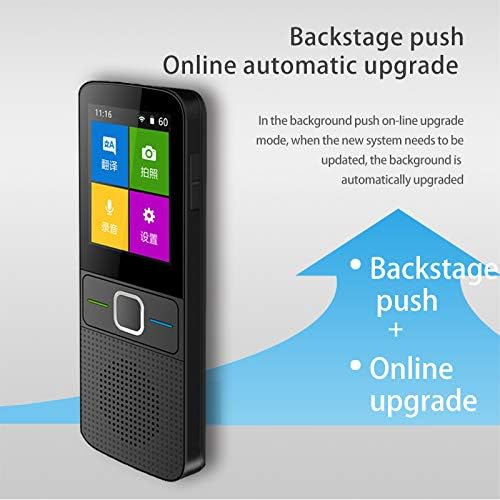 This translator device equips with Google / Microsoft translation engine, enable fast response time in less than 0.5 seconds. And then broadcasting the translation in a clear voice or displaying the text on 3-inch high-resolution IPS touch screen. Besides, our translators devices could record the English / Mandarin / Cantonese audio up to 60mins, then export translated text to laptop or PC by this instant voice translator
Offline voice translation would be helpful in case of internet connection lost, please pre-download the offline language. The two-way translator device offline function support English, Chinese, Japanese, Russian, Korean, German, Spanish, French, Italian, Dutch, Portuguese. It is easy to connect with global Wi-Fi or smartphone hotspot, no need sim card or an app, while could be used with Bluetooth headphone
The language translator built-in high definition & powerful recognition camera, supporting up to 45 language photo translation. The two way language instant voice translator could help you travel to foreign countries and read a menu / road signs / magazine / labels that is different language
This portable two way voice translator is built-in 1500mAh large battery can play 8-12 hours continuously and 7 days standby, which would be enough for a 3-7 days traveling plan or business trip. The instant and portable voice translator is handheld design and pocket size, suitable for traveling, business trip, foreign language learning, muama language learner, tourist area retailing

Added to wishlistRemoved from wishlist 0
$165.22